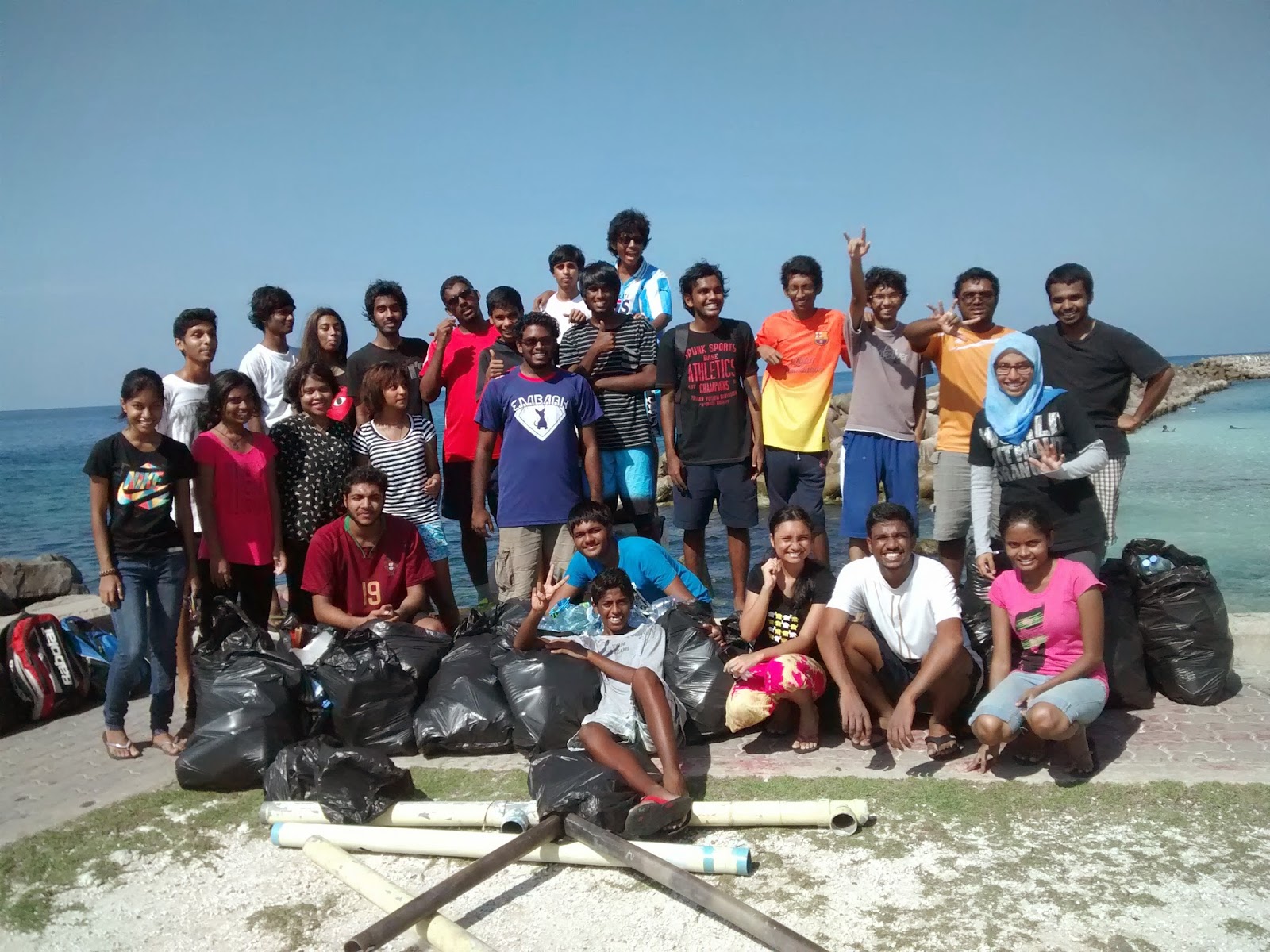 Feekudhaan is a container we used to have in Maldives several years ago, to spit into. In those days, we believed that direct spitting on to our environment was a sanitary concern. And so we disposed of that body fluid into a container that could keep our potential infective stuff away from others.  Even in those days we seemed to know this aspect of our health or cleanliness. When there was no feekudhaan we merely wiggled a little depression in the sand with our big toe and disposed of our spit into it and covered it up before we went on our way. Even animals such as domestic cats did their job of covering their stuff meticulously in the sand after every relief. But of course we took away the sand from their presence by stone-paving our streets and took away from them that privilege in the name of development so that we could ride our motor cycles and big cars. But this is another story to which can be done justice only by a dedicated blog.

On the sanitation front, Male is now another story and from where the infection of our degrading sanitary culture will surely expand as we move around with the high we get from our energy drinks and our bloated egos that drive our selfish and competitive culture which we revere or blame on a materialistic culture that is pervading not only Maldives but the whole world. So what? Just as one of my acquaintances glibly retorted -- "Why not a bit of corruption and fun; the countries that progress in this world embody such novo culture; it’s what will move us from the 18th century to the 21st!". and I thought, “Allah help us from such utterances and the minds that conjure such thoughts!”

Not merely the spitting now but the littering culture has - as I reported in an earlier blog - pervaded only too starkly onto our watery environment too. Now not with just empty bottles and cans drained of their tasty contents but from such as we may call kitchen waste. Rinds of water melon, oranges and mangoes float on out in our inner harbour in Male along with chomped up apple cores, empty gutka sachets, swirling in the eddies along with onion peels and putrefying vegetable matter perhaps from the discard of the fresh fruits and vegetable market located in the Male water-front. Not surprisingly, there is not a whimper of an effort from the moored up boats there to make their surroundings any cleaner. For all I know they would be pumping their own wastes into this enclosed body of water thinking that this God-given ocean can never be polluted. And so why should they clean up? After all, there is the municipal authority that is paid to do this for us from the tax-payers’ money?  Yes indeed! Logical, but not ethical from our human perspective! We cannot forget that Male is our home and every part contained within its perimeter is ours to pay heed to. In the emerging pride and arrogance of our so-called development, we should not sweep away the health of our nation like the proverbial waste swept under the carpet.

Yet, I was pleasantly surprised the other day at what a group of youth was engaged in at the usfasgandu area in south Male -- that was an injection of hope into my veins. In the jolly merriment of their being, they brooked no ego to picking up the filled up litter from between the tetra-pods of the southern Male embankment and any other such along the swim track area to fill so many garbage bags to which I wondered what the city council was doing when the conscience of this youth group was being piqued. Indeed these conscious youth are aware of what their sanitary future could be in Male even if their adults could not care two hoots. But then all youth are not alike; those youth who have matured into and irresponsible culture of littering must also be addressed if the equation of cleaning and littering should veer towards cleanliness. May Allah inject that much needed conscience into both our youthful and mature polity in the democratic years ahead!
Posted by Abdul Sattar Yoosuf at Wednesday, June 25, 2014